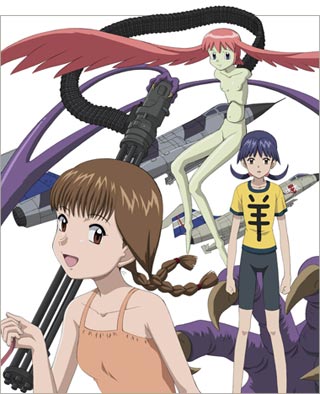 I wrote most of this game a while ago, and then sort of got mired in finishing it off because of the tables. But I got all inspired today, so now you know why I’m posting two Kyawaii RPGs in two days.

Anyway, Black Hole Girls was inspired by Shadow Star and Alien Nine, two very disturbing manga (both with good anime adaptations that unfortunately cover less than half of the overall story), and owes entirely too much to The Shab-al-Hiri Roach.

You are a 12-year-old girl. You have an extremely powerful alien symbiote that will more or less do whatever you want. Will you try to make your alien more powerful by having it take Gel from the other girls’ aliens? Or will you try to build influence in the human world? Only one of you can ascend, but to what?

Pointless Side Remarks: Word 2007 lets you do some pretty neat stuff really easily, but it can get goddamn retarded when you try to mix up different margins and columns. Second game in a row to start with bad poetry. This one is an excerpt from a poem I wrote inspired by Alien Nine, called “Alien On My Head.”