A little belated, but I wanted to put together an overview of what went on in 2009, mainly gaming-wise. 2009 was a strange year for me overall, and I think in the future I’ll remember it as a period between when I finished grad school and got some semblance of a career going. I did a fair amount of freelance translation work, but not nearly enough of it. That left me with a lot of free time, which I don’t feel I used anywhere near as effectively as I could have. 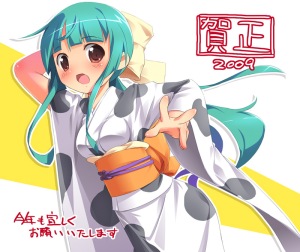 My gaming group was all about D&D4e at this time, and particularly in terms of really engaging the rules, it was one of our best campaigns ever. The end of the prior campaign left a bad taste in everyone’s mouths, and I’m still trying to really deal with the issues it presented, particular with regard to player agency and basic communication. From D&D4e’s initial release, I played three different characters, finally settling on a human warlord, and the whole group’s understanding of the rules became progressively more sophisticated. It’s been more hack and slash than anything, but we’ve enjoyed it a lot all the same. The composition of the group has changed quite a bit, with one friend leaving, a new (and altogether less serious) one joining, and a friend’s roommate becoming more of a friend through gaming with us. I did get to run other games on rare occasions (notably 3:16 and Mouse Guard), and I ran a non-gamer friend’s very first game session. I also ran Maid RPG and played D&D4e at FanimeCon, the local anime convention. I got in a tiny bit of playtesting (most notably my first session of Slime Story), but as I was lamenting the other day, I’ve gotten very little done at all.

In terms of game design, in 2009 I mostly worked on Slime Story, with a little bit of time put towards Raspberry Heaven. Slime Story morphed from a big mess into something encouraging yet in need of lots of work, and I refined Raspberry Heaven a bit. I only did one new Kyawaii RPG the entire year, and that was a role-playing poem, so the amount of work involved was not great. I think I have like 5 or 6 other Kyawaii RPGs started but nowhere near finished, some of them potentially a lot of fun if I ever get them done. Not a few other games I had started on way back when (Tokyo Heroes and Moonsick spring to mind) completely languished during this time.

I posted my first podcast in April of 2009, and did a a total of 12 over the rest of the year, half recorded with guests and half by myself. It never had a huge audience, but I have gotten some encouraging feedback (and The Walking Eye has been kind enough to link to it). While I don’t have the skills, the money, or even the motivation to put together a “professional” podcast per se, its quality wasn’t always what I was aiming for. But on the whole, I like to think I came up with something reasonably engaging, and certainly something quite different from what other RPG podcasters are doing. I’m targeting a small niche, or maybe a niche of a niche, but there definitely are some people who are interesting in the intersection between RPGs and anime (and other elements of Japanese culture) and other stuff I like to blather about. Of course, I’m doing so very irregularly, with podcasts coming once a week when I’m really motivated, and months apart when I’m not. The positive spin I can put on that is that when I do post a podcast you can be sure I have some real enthusiasm behind it, rather than just posting stuff up because I feel I should have something going up. (And it takes a lot of motivation to talk to myself for 40 minutes with a recorder going and my voice getting more messed up the whole time.)

In 2008 I became better acquainted with Andy K and Ben Lehman through working on Maid RPG together. In 2009 that indirectly led me to strike up an acquaintance with Clay Gardner (designer of OVA: Open Versatile Anime) via AIM, and I also had conversations with Jake Richmond and some other interesting people. I’m immature enough to enjoy having a little bit of internet fame, but mature enough to not think too much of it. Still, I feel like I’m starting to reap the benefits of having my name out there. There’s a small group of people who really like what I’m doing and want more of it, so at the very least I’m not in fact talking to myself here.

Near the end of 2009 I was able to start up Neko Machi, a webcomic about catgirls, with the help of my artist friend C. Ellis. Although the overlap between that and my RPG stuff isn’t nonexistent, there are definite contrasts between the two areas. A webcomic is perhaps an easier sell than RPG stuff, but I can assure you it doesn’t happen overnight. The new Neko Machi has only been around since November, and this blog has slightly more traffic lately, but then we haven’t really started trying to market the comic. 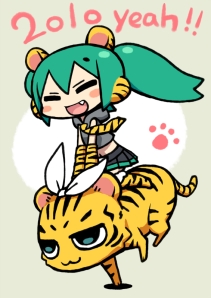 I don’t know how much legitimate success will visit me in 2010 (so far, not at all…), but this year will definitely be interesting at the very least. I’m going to be a guest of honor at A-Kon, and I should have some new translated games available for purchase before too long. That to me is by far the most exciting thing in the pipeline, though the pipeline is proving to be twisty and annoying in some places, mostly because of human factors, my own included.