The other day I randomly decided to look into ways to type faster. There are things like the Dvorak keyboard layout (and some newer alternatives, most notably Colemak), but the differences in speed between those and a QWERTY keyboard seem to be relatively minor. There were several attempts at creating chorded keyboards–where you use combinations of keys to produce text–but none of them really caught on, so that the hardware is hard to find and overpriced. I eventually arrived at stenography. 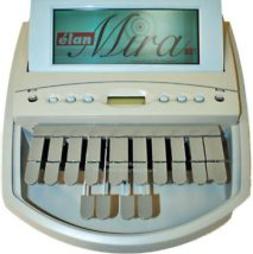 Strictly speaking, “stenography” is a term for any method of quickly recording text, and thus it also includes things like shorthand and even speech-to-text technologies. The most recognizable form of stenography today is court reporting, which is usually done with a stenograph machine, also known as a stenotype. Stenograph machines have been around for over a century, dating back to the late 1800s. They now have a standardized 22-key keyboard, and a trained operator can use chords to produce text. To get certified as a court reporter in the U.S., you have to be able to type at 225 words per minute (fast enough to comfortably record conversations in real time), and exceptional stenographers can reach 400 or more WPM, compared to 216 being the world record for QWERTY typing. Even if you don’t get anywhere close to being qualified as a court reporter (which typically takes 2-6 years), with a few months of practice at steno you can get significantly faster than you’d be on a QWERTY.

Early steno machines produced a tape showing the chords, which someone with the proper training can interpret and transcribe into normal text. Today they’re mostly digital, and turn the chords into regular text on the fly. On the other hand, since steno machines and software are something that a niche market needs in order to make a living, they tend to be outrageously expensive (easily $5,000 for a pro-level machine, and a few grand more for software), and the software is kind of limited and clunky. Even more basic steno machines for students rarely go for less than $1,200, it’s not something people would pick up unless they were hoping to make a living from it.

A professional stenographer named Mirabai Knight has led the way to creating an alternative with the Open Steno Project. The project produces a free open-source program called Plover that lets you do stenography on computers running Windows, macOS, or Linux, and since it works through keyboard input, it works with pretty much any program that takes text input.

The hardware is a little trickier, but you can buy a mechanical keyboard (those are a little easier to customize, plus they commonly have the n-key rollover feature required to handle the elaborate chords of steno) and modify it for $50 or so. If you were without a computer, you could get a cheap laptop or rig up a Raspberry Pi to run Plover and OpenOffice for $100 or so. A steno setup that costs $150 is about one tenth the cost of even a low-end stenotype aimed at students.

You can even get fancy with 3D printed keycaps, and there’s now a whole mechanical keyboard enthusiast scene that among other things has produced some compact ortholinear keyboards (like the Planck) that, although not cheap, can work nicely for steno. Some members of the Plover community have gone as far as to make and sell hobbyist steno keyboards, and I ended up getting a SOFT/HRUF Splitography that I’m very happy with so far. Hobbyist steno keyboards run around $100 to $200, which is a lot to spend on a keyboard (though fancy mechanical keyboards can easily cost that much), but still a tiny fraction of what a professional steno machine would cost. 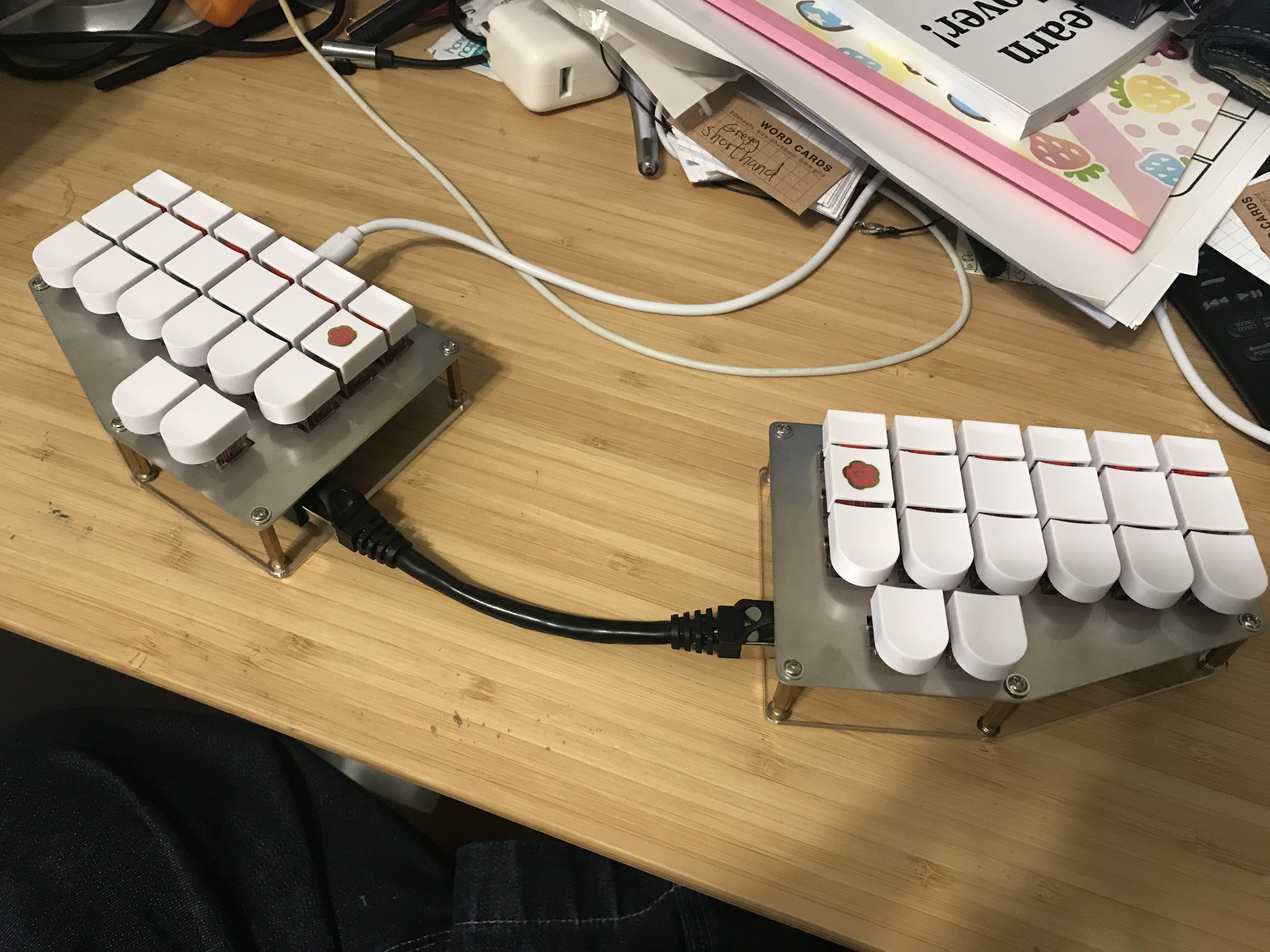 Plover is a bit bare-bones compares to professional CAT software, since it doesn’t have things like the ability to tie a transcript to an audio recording, but it’s totally free and works with basically any software. Rather than being limited to the CAT software’s built-in word processor, you can sent the output from Plover into Discord, Word, OpenOffice, Outlook, and so on.

How Does It Even Work???

Stenography isn’t simple, but it has a clear logic to it, so that you don’t have to totally memorize every single word you want to type. Once you understand that keys have to go in a certain order and that the F key makes S sounds in certain contexts, it’s pretty easy to figure out that to type “trust” you key in “TRUFT.” Likewise, although the standard steno keyboard only has 22 keys (with some letters repeated no less), you can produce all the letters and punctuation you’d need with the right combinations of keys. You can produce more complex words as multiple strokes, and the software can recognize when you key in certain chords for things like prefixes and suffixes and edit the word being produced accordingly.

Even so, stenographers will put a lot of effort into curating dictionaries, thereby ensuring that they have quick access to the vocabulary they need for the kinds of things they’re transcribing. Stenographers working with medicine or legal matters will have dictionaries that cover the jargon in those fields, and there are tons of books of “briefs,” steno chords for specific terms. Once I get properly going with stenography, I’m sure I’ll have a dictionary with words like “Kagegami” and “catgirl.”

While English has a highly developed practice of stenography, it does exist for other languages, and in fact the earliest steno machines were invented in Germany and Italy in the 1860s. The logic of how the stenotype translates key presses into text is called a “theory,” and getting stenography up and running for another language is essentially a matter of creating a theory for that language. That’s not a small undertaking, but it is something a person can do.

From what I’ve seen, stenotypes for other European languages tend to use the same basic hardware as English ones, albeit presumably with substantially different theories. Other languages can call for different hardware, and for example the standard for Japanese stenography (which there’s very little information about online) primarily uses a single row of keys with 5 for consonants and 5 for vowels. Plover is for the Western-style steno keyboards (though it does let you customize keys), but that didn’t stop a hobbyist from creating a new Japanese steno theory.

What’s It Good For?

Stenography has a lot of potential value, and I think it’s incredible that the Open Steno Project is making it more so much more accessible. There are surprisingly few people who can do real-time captioning, and if it were more available, we could have live captioning of things like convention panels (like in the video below!) for better accessibility and archiving.

Even if you don’t take it to that level, it still lets you type faster and with less strain, which is useful for just about anything where you type. People are using it for coding for example, and it doesn’t take all that much effort to do up a custom dictionary for your programming language and text editor of choice.

I’m still just getting started learning steno with the free Learn Plover! textbook and the Typey Type practice site, but I’m looking forward to being able to use it with practically everything I do on computers, but especially for writing RPG stuff. Anyway, I randomly got all inspired and excited about this thing and wanted to share it!