There’s been a bunch of stuff going on that I haven’t quite gotten around to posting about here, so here goes.

The game is finally out! Well, the PDF is up for sale on DriveThruRPG. Getting the POD versions set up has been unusually difficult, since there have been some weird file conversion issues with CreateSpace, and DTRPG’s system for setting up POD titles is apparently messed up at the moment. Update: But it’s now up on Amazon at least! 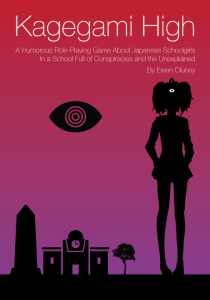 The last push took a lot of energy, and I’m still kind of marveling at having written a 168-page book that’s so dense with references and setting info. I haven’t done all that much with setting in my games (though Dragon World is going to have the setting of Easteros in it), but this book is bursting with details about the school, and has 72 NPCs. My only regret is that I didn’t put more Utena-inspired stuff in.

Also the custom Weird Dice (and Spooky Dice for Spooktacular) are now available from IPR. Getting custom dice made through Chessex was pretty fun and easy, and definitely something I’ll do more in the future when I can find good excuses for it. 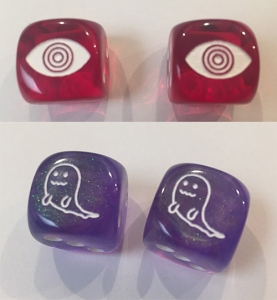 I have not one but two Kickstarters in the works.

Golden Sky Stories: Twilight Tales is the title we finally settled on for Mononoke Koyake, the first Japanese GSS supplement. We’re going to be properly publishing it in English and getting a print run of physical books, plus doing some nifty stretch goal stuff, albeit not nearly as much as last time (three books’ worth and then some was a bit much, not to mention the battle to get all the physical stuff printed and shipped). I was originally planning to do the Dragon World KS first, but Twilight Tales is closer to being ready, but really we’ll see how it all shakes out. 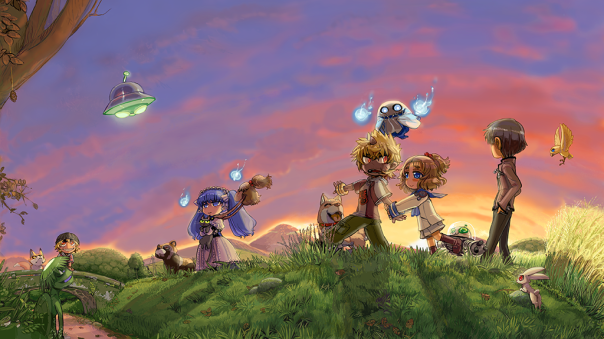 Dragon World is also going to be Kickstarting. I need to nail down some final planning stuff, and I’m waiting on the finished cover art (which is going to be elaborate, pretty, and very anime) before I launch. We also have quite a few stretch goals lined up, including some pretty cool stuff I’m looking forward to. 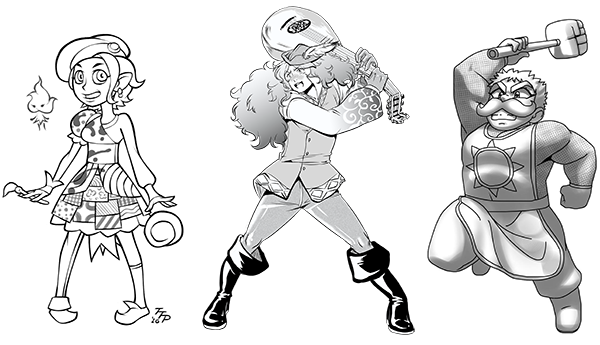 For both we’re going to be including wall scrolls from CustomWallScrolls.com among the rewards. We did that for GSS, and we were generally really happy with the quality and service.

DTRPG has a thing where you get awarded a certain amount of Publisher Promotion Points, and I noticed that both the Yaruki Zero and Star Line accounts had accumulated kind of a lot, so I decided to make an effort to try using them. In addition to getting featured product impressions, I’ve tried having Golden Sky Stories, Kagegami High, and Maid RPG as Deals of the Day. The amount of sales that resulted wasn’t world-shattering, but it was substantially more than those games got without that extra promotion behind them, especially for Kagegami High (which hasn’t already gotten into the hands of quite so much of its potential audience).

Combined with the GM’s Day Sale, this is already one of the best months for RPG sales I’ve had in a while, so I’m thinking more about how to promote my stuff and reach more people, even though it’s potentially kind of a lot of work.