2016 was weird for me and everyone else, in so many ways. Beloved celebrities left us, we endured easily the worst election of my lifetime, and seemingly just to mess with us there were a bunch of sightings of creepy clowns. (But hey, there were a bunch of geeky movies with superheroes and stuff.) Granted years are an arbitrary, man-made unit of measurement, but it’s hard to escape the feeling that 2016 in particular has been messing with us. The future feels uncertain, but I know that as these things go I’m pretty damn fortunate. I’ve gotten into doing contract work for tech companies, and while I could really use a permanent position with health insurance, I’m doing the best I ever have financially. I just landed a job that has the added benefit of letting me work from home most of the time. Still, as I finish up this post on December 31st, I’m glad this year is done.

I wasn’t able to get anything like the amount of gaming in this year that I would’ve liked, basically just scattered one-shots and playtests, and one major thing I want to do in 2017 is start a new regular gaming group. I did get to try some interesting new board games like Codenames, Splendor, Smash Up, and Castle Panic, which were a lot of fun overall.

In terms of RPG design, over the course of 2016 I transitioned to working on more ambitious projects, and while I’ve been really happy with the results, it takes quite a bit more time and work to make them happen. I got Melancholy Kaiju and Saving Throw out through Patreon (and then DriveThruRPG), self-published a mini-RPG anthology (Weird Little Games, on DriveThruRPG and Amazon), and got a bunch of work done on Pix, Kagegami High, and Spooktacular without finishing any of them. I feel like I have a much better handle on a methodology for designing RPGs, and when I start on a game it’s far more likely to come to fruition. 3 of the 6 games in the Weird Little Games book are ones that I’ve been wanted to design for years, that came together because of this recent change in my design techniques and skills.

I also started writing a book about RPG design, Tools for Dreaming. There’s still a lot left to write even with the manuscript already pushing 60,000 words, but I’m pleased with how it’s turning out. It very much fits in with my general push to encourage people to expand the horizons of role-playing games, not to discard what came before but to consider all the different possibilities. To that end it breaks down several different aspects of RPGs, from the mechanics to the cultural contexts the operate in to the simple act of role-playing (and the many varieties it comes in).

For Star Line Publishing, 2016 was the year we finally finished up everything we owed for the Golden Sky Stories Kickstarter, which included finishing up the two original setting books. I’m incredibly happy with the results, but getting artwork and then layout done wound up being pretty time-consuming. I also started working towards doing a Kickstarter to finally publish Dragon World, though it wound up being another thing that’s taking longer than I’d like. Once that’s out of the way we can move on to Kickstarting Mononoke Koyake, and then whatever comes next for SLP.

I’m also still doing freelance work for Japanime Games, primarily translation but also editing and helping with other aspects of production. This year they Kickstarted Heart of Crown and Dynamite Nurse, and since they’ve been ramping up licensed Japanese games, I’ve worked on about half a dozen other games besides (and not just deck-building games with pictures of sexy anime girls). There’s some really interesting stuff in the pipeline, from some interesting independent Japanese game publishers.

Asmadi Games is holding a pre-order drive to reprint Channel A, but it’s going slowly. I’m currently working on Channel A: Chaos Edition, a standalone expansion that we can hopefully Kickstart and generally get people interested in the game again. I also put in some more work on Fighting Fighters Colosseum, which is a descendant of Channel A, but about making up crazy finishing moves, and has a bit more mechanics to it.

A while ago I got a CardMate business card cutter, and more recently I got a basic color laser printer, and (along with the Data Merge feature in InDesign), making card game prototypes is now vastly easier.

I’m going into 2017 with an unusually intense mix of exciting and worrying things. I get to work on all kinds of neat games, and as day jobs go the one I have is pretty great. On the other hand my general optimism about the world has suffered some pretty serious blows, and I’m still grappling with how to confront that personally and creatively. Whatever 2017 (which is a Year of the Rooster) has in store, I wish you all the best. 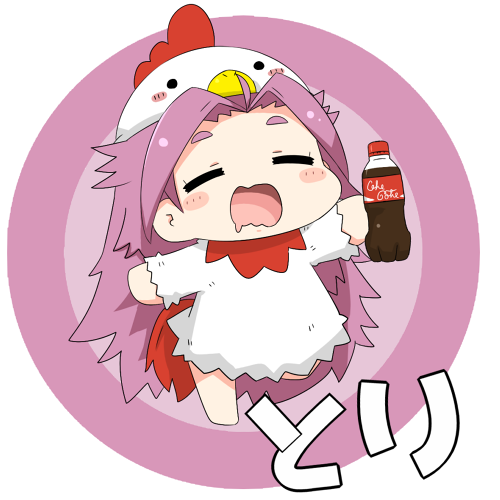