Last night I ran my first Retail Magic playtest, and it went really well. Granted at this stage it’s basically a reskinned Maid RPG, but as my attempt at using those rules for a new version of Mascot-tan demonstrated, that wouldn’t have been a guarantee of success. For the game I rolled up a store I named Vanderveldt Bros., originally under the control of two archmages, but since they died (most likely at each other’s hands) their nephew Eric Vanderveldt (a talented young mage but largely clueless about business) inherited the store. Over the course of the game Axebeard (a female dwarf) held an interview that led to Red Maj (a little girl) being hired, while Wyrmsbane (a shiftless loser dressed as a wizard) slacked off. There was a bit of flailing around dealing with customers, missionaries, and so on before it turned out an ancient dragon was coming to burninate the city, and they had to gather the ingredients for a ritual in order to weaken the dragon enough to defeat it. It was fun, and very silly. It also felt a whole lot like Maid RPG at a magic shop, but then that was kind of the idea.

One thing I’m thinking about is writing a bit about how to approach playing the game. I have enough experience with running Maid RPG that I think I could put together some useful advice. I just discovered Craig Judd’s blog The Game Mechanic, where he just put up three posts about his experiences with Maid RPG as the first of his experiments with expanding his RPG horizons. It’s really interesting to read about someone else struggling to figure out how to play the game and ultimately finding their own style, which is apparently considerably more serious than mine. It’s going to be a challenge to find the right midpoint between offering advice while making it clear that people can do what they want, but I think very worthwhile. It’s probably going to end up looking a lot like the advice I wrote for Dragon World.

I came up with a small innovation, albeit one that gives me a lot of work to do. The idea is to have a d666 table that is in essence a set of six d66 tables with different themes. I’m doing this with the item table, which has different general types of items so that you can just make a d666 roll for any old kind of item, or make a d66 roll specifically for a cursed item or an outworld artifact. I’m also thinking of doing this with the random event tables, which will both give the game enough random events to hold up to more play, and provide event tables for more themes. 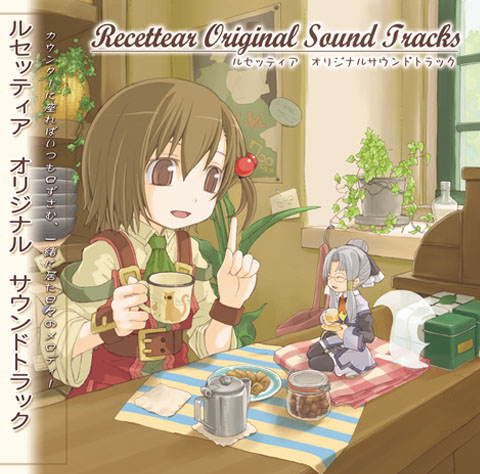 I finally started playing Recettear, which I’m enjoying a lot so far, plus it helped me figure out a general approach for putting together the “commerce rules” for Retail Magic. Assuming I can put together something workable, I think “store management” is going to be its own style of play, distinct from random event-driven, favor race, etc. Recettear, like a lot of Japanese simulation video games, uses a concept of “turns,” during which the player has a budget of actions they can take to try to pursue their goals. The system I’m thinking of will be a bit more abstract, without manually doing the haggling of every sale like in Recettear. I’m still in the earliest stages of designing it, and we’ll have to see how it works out.

A while ago I stumbled across Norm Feuti’s book Pretending You Care: The Retail Employee Handbook. He’s the creator of a comic strip called Retail, about the staff of a department store and the shit they have to deal with. It draws on his 15 years of experience working at various stores, and Pretending You Care is a more direct distillation of that experience, full of stuff that I wish I’d known during the one retail job I’ve had. It’s kind of depressing to read–and retail has if anything gotten a bit worse since the book came out in 2007–but it’s giving me plenty of ideas as I re-read it.

Anyway, that’s about where I am with the project. My next step is to basically write more material–items, events, etc.–and try them out. Although it’s getting way ahead of myself, I’m also thinking a bit about possible supplements. I don’t want to get quite as out of control as Maid RPG did, but producing stuff like, say, a collection of scenarios with some accompanying rules material could be interesting. For that matter a friend of mine had an idea for a hack that would basically be a zany fantasy version of Community.