I had yet another idea for a game. Not that I’m going to do much with it any time soon.

I recently went to FanimeCon, a local anime convention. I’ve watched Fanime grow from a meeting of multiple anime clubs at a community college to one of the bigger anime conventions in the U.S., and if I’m honest, for me it had a sweet spot in the late 90s that it’s left far behind. But there are about 20,000 people who think it’s worthwhile, and a lot of them seem to love it without reservation. Even so, there’s been drama among my friends at cons, and every now and then I’ve caught a glimpse of someone in real pain and wished I could do something. I feel like narratives about fandom tend to be either too sanitized or too cruel, presenting either an idealized vision of fandom or painting an entire swath of people as obnoxious and worthless. In real life, in my reality, anime fans are just people. They can be amazing as well as horrible, but most of all they never stop being human.

Another thing I’ve been wanting to put into some kind of creative project of some kind is the idea of otaku whose delusions take on a life of their own, who live somewhere between worlds of dream and reality. A character might have a perfect dream companion, an imaginary lair to retreat to, or special powers they wield in their world of delusion, which reveal things about them. Their delusions sometimes go out of control, sometimes intersect and combine in ways that should be impossible, and occasionally leak into normal reality. Lately I’ve been really enjoying Akibaranger, a parody/spinoff sentai series where the heroes’ battles take place in a shared delusion, at least at first, distracting them from their real-life troubles. The way they’re so conscious of sentai tropes adds a certain charm too, especially when things don’t line up with their expectations. 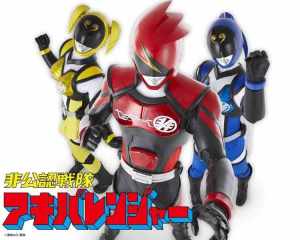 I’d had the idea to do a game like this before, but I think it was missing the pathos, the uncompromising human drama. The desire to escape from reality is at its most poignant when you have something to escape from. I also want it to be about people who do have a chance at redemption, who can overcome the issues that drag them down. Maybe it’s my way of telling people that there’s still hope. There was a thing called Densha Otoko (it started out as a forum thread and went on to be in a ton of different media) about a hopeless otaku who through happenstance made contact with a normal woman by saving her from a drunkard’s harassment on a train. The thing that bugged me (and I think a lot of people) about it was how he had to completely leave his fandom behind and force himself to be “normal.”[1] Real life experience tells me that you don’t quit your obsessions cold turkey, but rather find ways to make them grow up along with you.[2] You can change for the better without having to not be yourself.

I haven’t gotten very far with this game, and I don’t intend to until I’ve got some other things dealt with (Golden Sky Stories and Magical Burst). What I do know is that it will be something like an otaku version of Don’t Rest Your Head, one of those indie games with baroque mechanics that feed interesting stuff into the story.

[1]This assessment of the story may be a bit flawed because I never got around to finishing the Densha Otoko TV drama, but let’s ignore that because my version illustrates the point that comes next really well. OTOH the series’ opening was fantastic, a sendup to the Daicon IV opening animation.

[2]Personally I’m still working on it, but I’m getting there. I think.

4 thoughts on “Beyond Otaku Dreams”