Now that NaNoWriMo is finally out of the way (and I’m starting to recover from such), I’ve started working on Slime Story again. Here’s a quick look at what I’m working on right now. 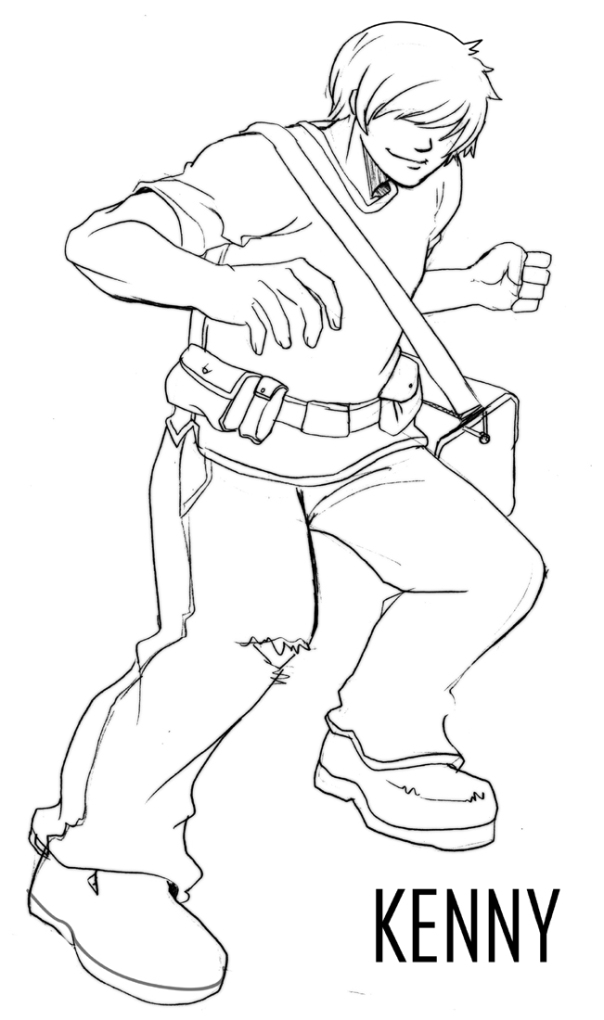 Elective Talents
Playtest Version 2 just had the Base Talents of each class and clique (which I’m refining a bit), but I’ve started working on the “elective talents” that players get to choose themselves for their protagonists. These are an aspect of the game that’s at once interesting and tedious. They have an element of exception-based design, so I get to figure out a bunch of different ways for characters to bend the existing rules in interesting ways. On the other hand, writing up well over a hundred of the things can get to be a bit of a slog after a while.

I had been toying with an idea for “Talent Pools,” and having each class and clique give you access to a couple of pools, but I wound up just having separate sets of talents for each class and clique, which also lets me customize the abilities of the different character types much better.

Vignettes
This is probably the most important change in terms of how the game plays, and it’s my attempt to address the issue of interludes not involving much role-playing. During an interlude players can create “vignettes,” short scenes in the overall story. These can take place a bit in the past or even the future relative to the monster hunting run going on in the game, which will makes it much easier to involve secondary characters without contriving to have them show up during a hunting session. More importantly, you pretty much can’t do an active action in an interlude without wrapping it in a vignette of some kind, though there’s quite a bit of freedom in terms of what kind of active action a given vignette can take you to.

I’m still not sure how Crafting (making or modifying items) will fit into things. It doesn’t seem like something that would make for good vignettes, and I may just separate crafting from the Action Point economy.

Terrain Variations
This is a simple but interesting little rule, which basically lets you add special properties to positions on the battlefield map. It’s kind of an obvious idea when you think about it, and the kind of thing where adapting the relatively simple concept to the rules’ abstractions is kind of neat. I can make little cards for the GM to lay down on the battlefield map, a random table of terrain setups, and customized maps with those setups already on them. On top of that, I can do a bunch of neat stuff with certain monsters and items affecting the terrain variations.

Portal Flora
I’ve made a small but interesting change to the setting, which is that the portals also deposit immobile plants from time to time. My grandmother recently passed away, but a little before that I gave her an audio recording of the prologue to Slime Story: The Legend of Doug. She had a dream where there were trees that produced amber. People took the amber from the Mother Tree, and all the other trees wept and created a flood, but the Father Tree sheltered them. Under the circumstances I couldn’t not do something with the idea.

“Portal flora” include those amber trees (though taking the valuable “portal amber” tends to attract angry monsters), but also herbs and other plants with special properties similar to monster parts, dangerous plants like razor ivy, and “monster grass,” which herbivorous monsters seem to particularly like. These also add to the variety of terrain variations.

I’m contemplating some kind of rule for “foraging” (not sure if that’s the right term), seeking out useful stuff from portal flora, abandoned monster parts, etc., but it runs into the same difficulties as crafting.

Monster Variations
These are basically Slime Story’s version of d20 monster templates, and a way to use different combinations to expand the range of possible monsters. In terms of the setting, there are certain plants, parasites, symbionts, mutations, etc. that can substantially change what a monster is like. A monster that eats a certain portal fauna shrub becomes a berzerker, certain monsters get a fire aura if they somehow eat a salamander crystal, and there can be mundane stuff like a stumpy that inhabits a metal trash can instead of a tree stump can take more damage.